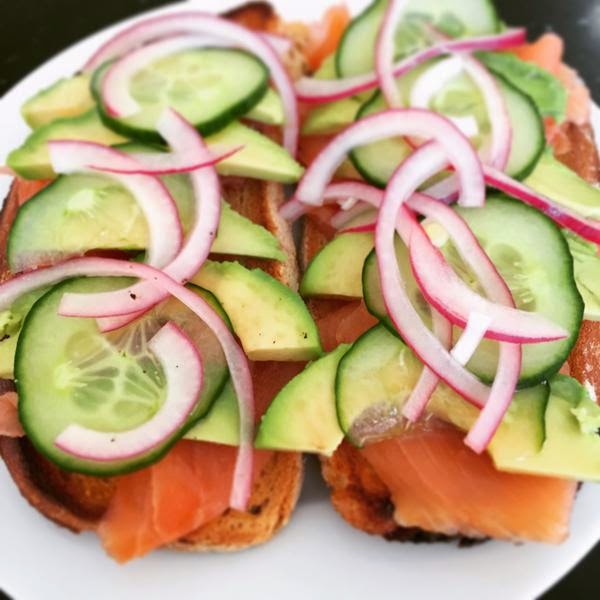 Toast the bread then top with the salmon, avocado, onions, cucumber, capers, herbs, and a good grind of pepper. I also love smoked paprika on avocado and toast, so give that a go as well. If you have any onion leftover, keep it in the fridge covered a little bit of vinegar.
at 10:20 am

Yum! I guess it's pointless to say, "This could use some bacon." because that's true of everything, isn't it? But it has avocados, which is kind of the plant version of bacon. I'm into chopped pistachios on everything lately, so I'd add a few of those.

Oh for sure, bacon would definitely be great with this!