Paul and I can't say the word "fritatta" without sounding like the angry Scottish bloke in this advert:

Which happens quite a lot because I make it often. Also known as a Spanish tortilla (or maybe it's not exactly the same thing; I have no idea), it's like a crustless quiche that you start off on the stove top and finish off in the oven. You can put anything you want in it, but the one I made last week had grilled red peppers, potatoes, onion, cheese, and bacon inside. I cut mine into six pieces, and it was a very handy and delicious breakfast at the office that week. You can eat it hot, cold, or at room temperature. Isn't that lovely? What a great dish you are, fritatta.

Here's how I made mine, but I'm going to tell you again, put what you want inside. Just follow the instructions for cooking and egg quantities, but the rest is up to you. I want you to have a fritatta you can love. 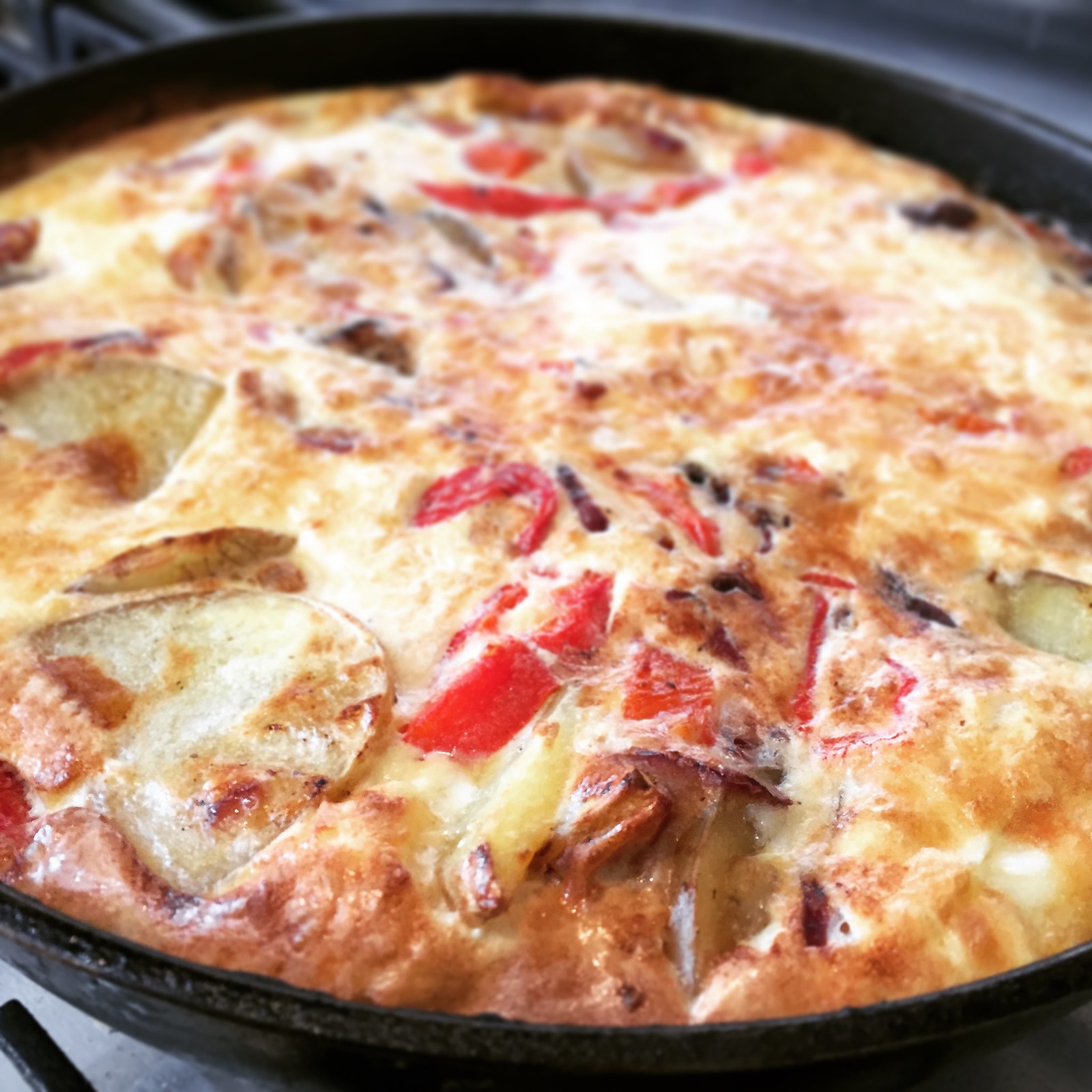 Heat a large, oven-proof frying pan with the olive oil over medium heat. Whisk the eggs and cheese with a bit of salt and pepper and set aside.

Add the onions and potatoes to the frying pan, turn down the heat, cover, and simmer gently for about 15 minutes. Poke the potatoes with a knife to see if they're tender. If not, slap the lid back on and simmer for another 5 minutes or so.

Take the lid off, turn the heat back up to medium-high, and add the diced bacon. Fry until crispy. Add the peppers until they're heated through.

Pour in the egg mixture, stir it around a bit, and let it cook until you see the sides start to set. Put the frying pan under the grill/broiler until the fritatta goes lovely and brown on top (about 5 minutes.)

Leave to cool for a couple of minutes before slicing into six pieces. Put it somewhere in the fridge where your husband can't see it because he will eat all of it before you get a chance to take it into the office for breakfast.
at 1:36 pm